Man learns to read after 17 years of teaching high school

John Corcoran, 77, spent the first six years of his life being honest. But from age 6 on, he started dodging the truth about not being able to read and write.

Standard teaching methods didn’t work for him because – like millions of other children – he had auditory-discrimination problems that interfered with his ability to process language. John didn’t understand this until decades later, once he finally revealed his dark secret and learned to read – at age 48.

What he learned from that point forward led him to start a foundation to teach others with learning difficulties to read. For nearly 30 years, John has devoted his life to sparing other children – and adults – what he went through.

In his early years, adults figured it would just be a matter of time before John would make needed brain connections and be able to read and write. Teachers reassured his concerned but busy parents that “Johnny would get it eventually.”

By middle school, the young teen was frustrated and angry, acting out, and his bad behavior became the focus of teachers’ calls to his parents.

John moved a lot – living in a whopping 35 homes and attending 18 schools, as his father, a teacher, struggled to provide for his wife and six children. With each new start, John continued to hide the truth.

By high school, John had devised more creative and deceptive ways to cover up his secret. He hung around college-prep kids and dated the valedictorian. Fellow students did his assignments, and he cheated in other ways. He excelled in sports and was popular.

When basketball skills earned him a full scholarship to college, his fears deeply set in.

“I was so desperate to hide the truth and keep my eligibility that I crossed the line,” John says. “I was scared to death. I did some extraordinarily risky things,” sneaking into professors’ offices to steal tests, passing assignments and exams out windows for students to complete, and more.

Astoundingly, John got a teaching job when he graduated. He was the well-liked social-studies/driver’s ed/physical education teacher known for giving oral exams and assignments. He relied on smart students to help him complete some tasks, and frequently invited guest speakers to his classes.

He says he was deeply ashamed of his time teaching, always morally conflicted. But, of course, by that point, no one questioned him – everyone assumes that someone who goes through college and is a teacher can read and write. But how did he manage it? What about grading, and report cards, and even simple tasks like taking attendance?

“Well, as you might imagine, I wasn’t very big on grades, given my history, and didn’t give term papers. To take roll, I’d have a seating chart and ask kids to repeat their names every day as ‘a way for them to get to know each other.’”

His wife, Kathy, didn’t realize he actually could not read until she overheard John struggling when their young daughter asked him to read her a book.

“You know how they say love is blind? Well, it’s also deaf. Before we got married, I did try to tell my wife that I couldn’t read, but I was a highly functioning person, and she didn’t really hear it.”

Once Kathy knew, she became “my secret secretary,” helping with report cards and other tasks that required reading and writing, says John, who has a son, daughter and five grandchildren – all of whom are avid readers who “escaped my curse.”

John left teaching after 17 years and became a real estate developer. He finally had the courage to reveal his secret when he heard former First Lady Barbara Bush on the radio, advocating for adult literacy. Around the same time, he overheard a conversation at the grocery store about adult literacy lessons being offered at his local library.

With great trepidation, John “fearfully and tearfully” confessed to his tutor at the library that he’d been living a lie.

Learning to read, at long last, filled him with enormous joy. He revealed his secret to 200 CEOs about a year later in 1988, at a literacy conference in San Diego. Local newspapers covered the event, and the stories were picked up nationally. Suddenly, “The Teacher Who Couldn’t Read” was revealed. John later wrote a book with that title, chronicling his life.

From there, John “hit the road” to tell his story and bring attention to the problem of adult illiteracy. His many speaking engagements led him to meet Barbara Bush – who he continues to stay in touch with – and to the White House. The response was mostly supportive, though some educators were understandably confused and angry, John says.

“I owe the world an apology for hiding this as a teacher. That was so very wrong.”

Creating the John Corcoran Foundation was “an evolution because I realized it was time to do more than raise awareness. I wanted to provide instruction.”

Kayla Mertes was moved by her grandfather’s story, realizing that “literacy could solve so many problems. I believed that if we taught people to read the best way, as quickly as possible, it could empower them.”

She started helping John with tutoring and is now executive director of his foundation, which runs an online tutoring program and a learning center in Oceanside, Calif., where they both live. So far, she says, the foundation has helped thousands of children avoid the problems her grandfather faced, and the efforts are expanding, with teacher training at the core.

“It’s never too late to learn to read,” John says. “Illiteracy is a huge, underestimated problem. I consider it the most important civil rights and human rights issue of this decade. The nation doesn’t understand the negative impact not knowing how to read has on people’s lives.”

John Corcoran’s professional career represents a merger of his life as a teacher, real estate investor, his building and development experiences, and his passion for a literate America. His background in teaching demonstrates his commitment to sharing his knowledge and experience with others.

The Honorable John Corcoran was appointed to the National Institute for Literacy by both President George H.W. Bush and President Bill Clinton. He has testified before the U.S. Congress Sub-Committee of Early Childhood Education and Family and to the Sub-Committee on Oversight and Investigation for the Committee on Economic and Educational Opportunities. In addition, he has served on numerous advisory commissions and corporate boards, has been a member of the board of the San Diego Council on Literacy and past member of the Executive Board of Literacy Network of Greater Los Angeles. John is also the author of two books, “The Teacher Who Couldn’t Read” and “The Bridge To Literacy”. His third book, “My Literacy Manifesto” (working title) will be released in the summer of 2017.

John’s responsibilities in the building and development process involve interfacing with investors, lenders, attorneys, accountants, government agencies, architects, engineers, contractors and brokers. John’s entrepreneurial spirit and management experience have been well represented in his various professional roles for the past 50 years.

John is also a nationally known and respected speaker and lecturer who has given presentations in forty-four states, in Canada and Europe to students, professional and volunteer teachers, teacher candidates, service groups and organizations, policy makers, and prison inmates, as well as numerous small business and Fortune 500 companies. He has appeared on 20/20, the Oprah Winfrey show, Larry King Live, CNN, Fox News, ESPN, Phil Donahue, The Joan Rivers Show, To Tell The Truth and The Travis Smiley Show and has done over 200 radio and television interviews. John was also the recipient of a Lifetime Achievement Award at the 2002 Literacy in Media Awards, Encore Purpose Prize Fellow in 2013, the 2016 Daily Point of Light Award, and the 2011 National Coalition Literacy Leadership Award Received at the United States Senate.

John’s independent voice is rooted in his own incredible personal story and his passion for informing, challenging, and inspiring others from political leaders to gang members. For these people and everyone in between, his message is simple: “It is never too late to improve one’s literary skills. We are not learning disabled, we are learning able. The key to teaching us how to read is proper instruction by properly trained instructors.” John is an excellent example of the value of keeping focus on lifelong learning in every aspect of one’s life.

John is presently the President of the non-profit organization, the John Corcoran Foundation Inc. He and his wife have lived in Oceanside, California for over 52 years. They have two adult children and four grandchildren. Neither Common Core nor college- and career-ready standards have had big positive impacts on student achievement, observes @mpolikoff. #ENforum

Common Standards Aren’t Enough - A Decade On, Has Common Core Failed? - Education Next

Forum: A Decade On, Has Common Core Failed?

Don Lavoie decisively refuted the history and theory in this article 35 years ago ... https://www.amazon.com/Rivalry-Central-Planning-Calculation-Reconsidered/dp/1942951124 https://twitter.com/INETeconomics/status/1218941188230660097

"Theoretically, this market socialist economy could reach the same outcome as a decentralized one in terms of efficiency." https://www.ineteconomics.org/perspectives/blog/free-market-or-socialism-have-economists-really-anything-to-say

During the attack on Pearl Harbor, the Mess Attendant 3rd Class took charge of an anti-aircraft battery, firing on Japanese aircraft until he was out of ammo. https://twitter.com/usninews/status/1218540790126993408 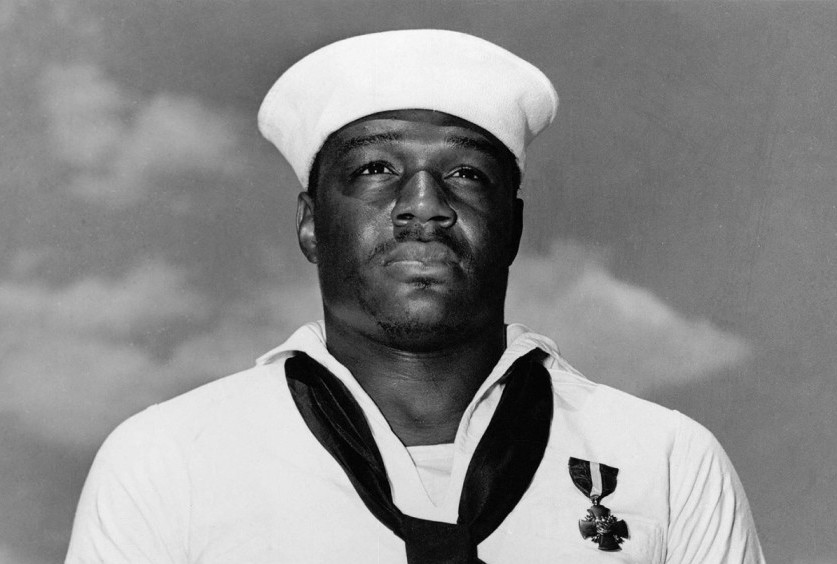 The more you know...

"Despite the radical increase in domestic energy production, the United States produces less carbon dioxide from power generation than it did in 1985." https://www.commentarymagazine.com/articles/the-fracking-decade/

"Despite the radical increase in domestic energy production, the United States produces less carbon dioxide from power generation than it did in 1985." The malady afflicting the country was unmistakable, according to George W. Bush. “America is addicted to oil,” the president observed in h...

This —> “Those few individuals who may be planning on attending Lobby Day to do something other than peacefully lobby lawmakers to reject Governor Ralph Northam’s unconstitutional gun control agenda. You’re not needed, you’re not wanted, and you won’t be welcomed.” #VirginiaRally

An Open Letter To All Those Attending Virginia’s Lobby Day 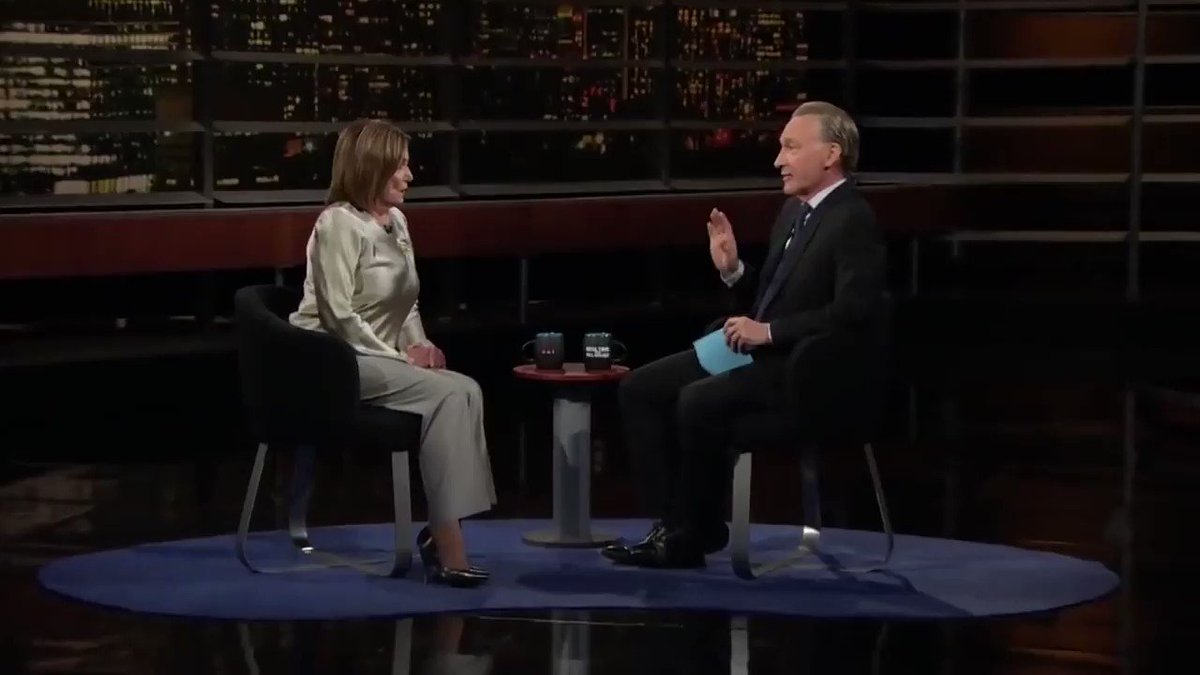 I'm glad more people will now learn about #DorieMiller and his heroism at Pearl Harbor. He gave his life for a country that treated him as a second class citizen.

One of the first U.S. heroes of World War II will be the namesake of one of America's latest nuclear-powered aircraft carriers.