As many of you know, since the killing of our daughter Alaina at Marjory Stoneman Douglas High School, in Parkland Florida on Valentines Day, Kelly and I have been searching, studying, & looking for solutions to eliminate the national scourge of school shootings. When it comes to solutions that are focused on school safety and proven to work, we are finding pieces of the puzzle all over the place.  This past week we discovered a BIG piece of the puzzle, one that could fundamentally “change the game” for early identification and intervention.  We were introduced to Dr. Kelly Posner (@posnerkelly) and the work she leads in the field of suicide prevention as Director of the Columbia Lighthouse Project at Columbia University.
Dr. Kelly Posner Gerstenhaber is a professor at Columbia whose work is saving lives in forty-five nations on six continents. The President of the American Psychiatric Association noted her work “could be seen as really a watershed moment, like the introduction of antibiotics…” The U.S. Department of Defense (Dr. Franklin’s quotes) called her work “nothing short of a miracle,” is central to their National Strategy, and stated, “her effective model of improving the world will help propel us closer to a world without suicide.” The CDC noted that her work is “changing the paradigm in suicide risk assessment in the US and worldwide.” After being commissioned by the FDA to develop their scientific methods of suicide risk identification, the FDA has characterized her work as “setting a standard in the field.”  Dr. Posner Gerstenhaber is about to receive The Secretary of Defense Medal for Exceptional Public Service, the highest level of award a civilian can get for impacting the nation.  Here is a recent interview (2/22/2018) with Dr. Posner on CNN:

Let me share a bit of Dr. Posner’s work.  The Columbian Lighthouse Project and the Columbia-Suicide Severity Rating Scale (C-SSRS) is in use in the U.S. Marine Corps, which has seen a 22% reduction in suicide.  It has helped to reduce the suicide rate by 65% over the first 20 months in the Tennessee programs of the nation’s largest provider of outpatient community behavioral health care, and reduced the suicide rate in Utah, the first decrease in suicide in almost a decade and helped to reverse an alarming, and previously increasing trend.

How Does the Columbia-Suicide Severity Rating Scale (C-SSRS) Work?

The Columbia-Suicide Severity Rating Scale (C-SSRS) supports suicide risk assessment through a series of simple, plain-language questions that anyone can ask. The answers help users identify whether someone is at risk for suicide, assess the severity and immediacy of that risk, and gauge the level of support that the person needs. Users of the C-SSRS tool ask people:

Scale administrators ask a series of questions about suicidal thoughts and behaviors. The number and choice of questions they ask depend on each person’s answers. The questioner marks “yes” or “no,” as well as how recently the thought or behavior occurred and — for some versions of the scale — a scoring of its severity. The shortest screeners are condensed to a minimum of two and a maximum of six questions, depending on the answers, to most quickly and simply identify whether a person is at risk and needs assistance. For a more thorough assessment of a person’s risk, C-SSRS askers should use the standard versions.

The C-SSRS questions use plain and direct language, which is most effective in eliciting honest and clear responses. For example, the questioner may ask:

To use the C-SSRS most effectively and efficiently, an organization can establish criteria or thresholds that determine what to do next for each person assessed. Decisions about hospitalization, counseling, referrals, and other actions are informed by the “yes” or “no” answers and other factors, such as the recency of suicidal thoughts and behaviors.

The Columbia Lighthouse Project provides many examples of triage documents that C-SSRS users in hospitals, primary care practices, behavioral health care facilities, military services, prisons, and other settings employ to make these decisions. The Project also provides assistance to any organization that is thinking through its policy and establishing a care plan.

So How Does C-SSRS Help With School Violence?

Nearly 80 percent of attackers in school-related violence exhibit a history of suicidal thoughts or behavior prior to their attacks and the potential multidirectional effect of early identification is astounding. Employing this detection method can help identify and get help to potential shooters before it’s too late. The Columbia tool, the most scientifically supported method of its kind, detects, in order to prevent both homicide and suicide. Thus, a concrete, potentially preventative method for early identification, one that transcends the bipartisan debate about gun control, is of critical importance.
All states and most national agencies have implemented through policy in one way or another; however, penetration and optimization have a long way to go. This could be utilized by FBI, in background checks and all states could have it as the Crisis Assessment Tool. Although most states have it as policy in all schools, there are still large gaps, due to lack of adequate dissemination.

“I often think of how many lives could have been saved literally and figuratively had C-SSRS been in the growing number of communities suffering from in school shootings. After the Navy Yard shootings, I wrote to Dr. Posner, thanked her for her work to date and asked what it would take to make it ubiquitous so we could stem this unnecessary loss of life. If implemented to the extent of its capacity across the country, the C-SSRS has the potential to keep the 64 million children in our schools safe physically and mentally by helping prevent school violence.” -Former Deputy Secretary U.S. Department of Education James Shelton III

The C-SSRS has been rolled out top-down (from the IDF to school teachers) and is an integral piece of the Israeli National Suicide Prevention Program. Directors of the Israeli Suicide Prevention Program said, “This work is not only saving millions of lives but in Israel, it is literally changing the way we live our lives. Breaking down barriers that have been built up over thousands of years, it is quite amazing to see the Israeli doctor asking these questions to an Arab child or a third-generation Holocaust survivor who would never speak and now has a voice or the Ethiopian…But we are just one nation, and every nation deserves this extraordinary lifesaving tool.”

The Real Breakthrough:  It Involves Everyone in the Solution

Unlike most solutions that are primarily for school counselors or law enforcement, the C-SSRS can be utilized by everyone.  This means everyone can be part of the solution to preventing school violence and suicide.

How do you help someone who is suicidal? The first step in suicide prevention is awareness — knowing when someone is in crisis. That’s often not obvious, because many people suffer in silence or give no sign that they might harm themselves. As a family member, friend, neighbor, or colleague, you can make a difference by using the Columbia-Suicide Severity Rating Scale (C-SSRS) to help determine when someone is at risk for suicide and how to help.

The Community Card version of the C-SSRS is the one best suited for use by family members, friends, and others who have a relationship with a person who may be at risk. It involves asking just three to six questions, but the answers provide enough information to determine whether someone needs help and if immediate action is needed. The questions’ plain language also may make it easier for you to talk to someone who may be suicidal. Start the conversation now.

The Protocol is a series of very simple yes/no questions that anyone can ask, that will allow you to assess the risk. The Community Card version of the C-SSRS is the one best suited for use by family members, friends, and others who have a relationship with a person who may be at risk. It involves asking just three to six questions, but the answers provide enough information to determine whether someone needs help and if immediate action is needed. The questions’ plain language also may make it easier for you to talk to someone who may be suicidal.

C-SSRS is changing lives all over the world, and I am thrilled to be working with Dr. Posner to get this “antibiotic” into our schools so that everyone can be a part of saving lives and preventing school shootings.  Next week we will be attending a School Safety forum hosted by Senator Rubio (@marcorubio) & Senator Nelson on April 18th in Washington DC.  I’ll update everyone on our presentation of C-SSRS and continued work to make this time the last time.

Why is it so hard to count in Broward County?

Parents, frustrated with shifting political winds in K-12 education, are doing what parents have been known to do for centuries: Go it alone. https://www.usnews.com/news/education-news/articles/2020-01-13/national-parents-union-to-challenge-political-influence-of-teachers-groups

I'm proud to announce that @MadeInSpace has decided to relocate their corporate headquarters from the highly-taxed, highly-regulated state of California, to the business friendly environment of Florida. 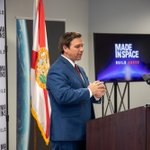 If you plan on traveling for the long-weekend, be prepared before you hit the road. Make sure your car’s emergency kit is stocked with a blanket, flash light and snacks in case you need to pull over. 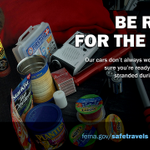 Meals on Wheels participation is dropping at senior centers. So one project in Washington took a new approach: a diner — where seniors can get eggs, coffee, and community.

"They play Frank Sinatra in the mornings, and it makes me so happy," a patron says. 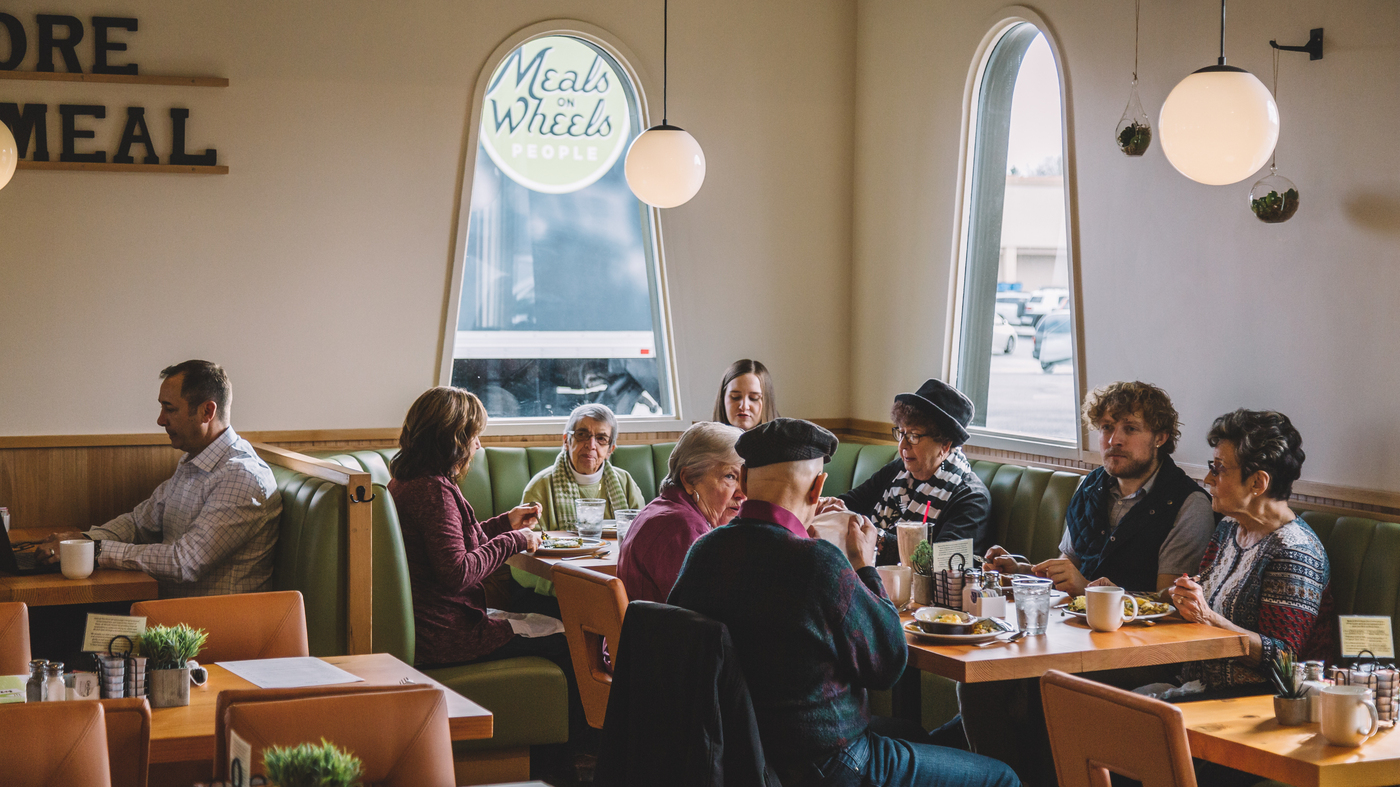 Meals On Wheels Serves Up Breakfast, Lunch And Community At Local Diner

Meals on Wheels usually means home delivery or lunch at a senior center. But at a new project in Vancouver, Wash., it's a retro-hip neighborhood diner...

Borlaug's wheat and the dwarf rice varieties are credited for ushering in the Green Revolution. His work saved approximately one billion lives. He truly deserves to be our first Hero of Progress. #HeroesofProgress

Introducing the "Father of the Green Revolution," Norman Borlaug. 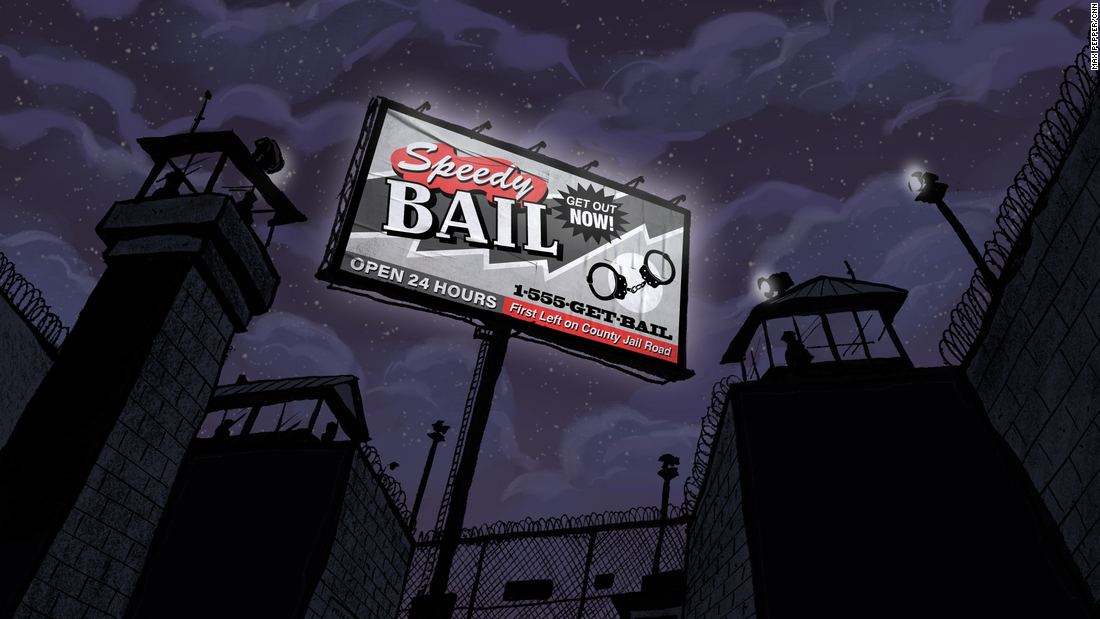 James A. Gagliano writes that New York has already seen numerous examples of the dangerous unintended consequences of its sweeping bail system reform....

This is THE single largest threat against free speech today.

Sign the petition to help us fight back: https://l.prageru.com/2Tyvcv1 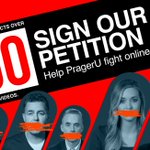 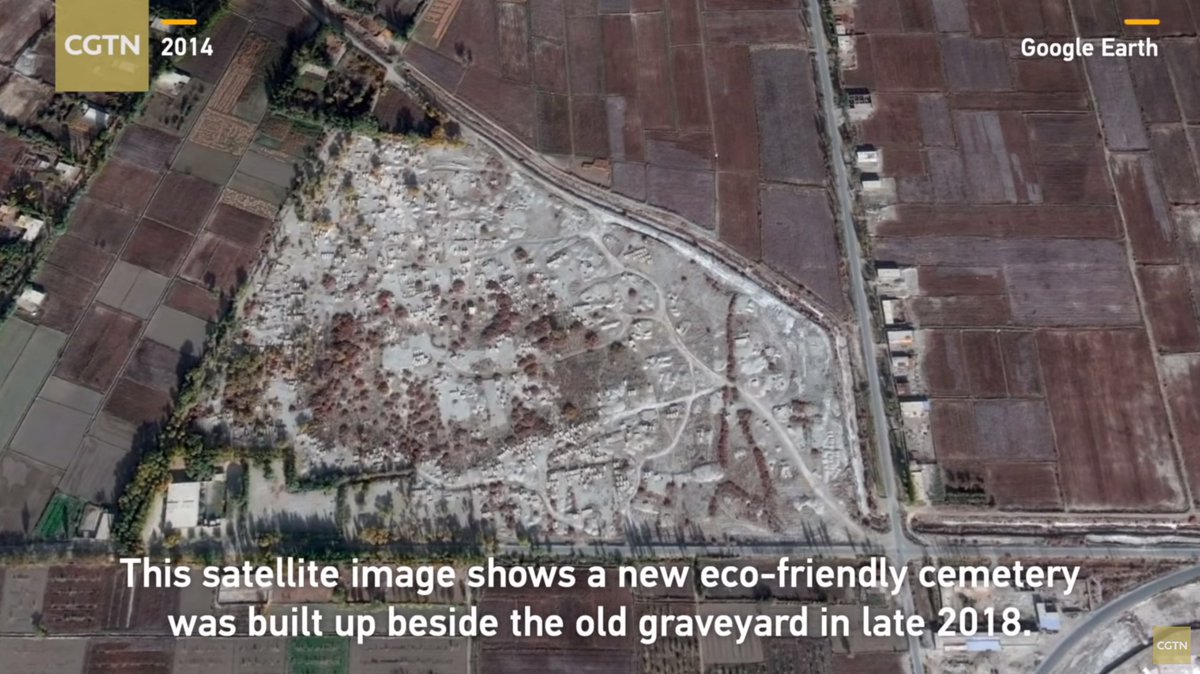 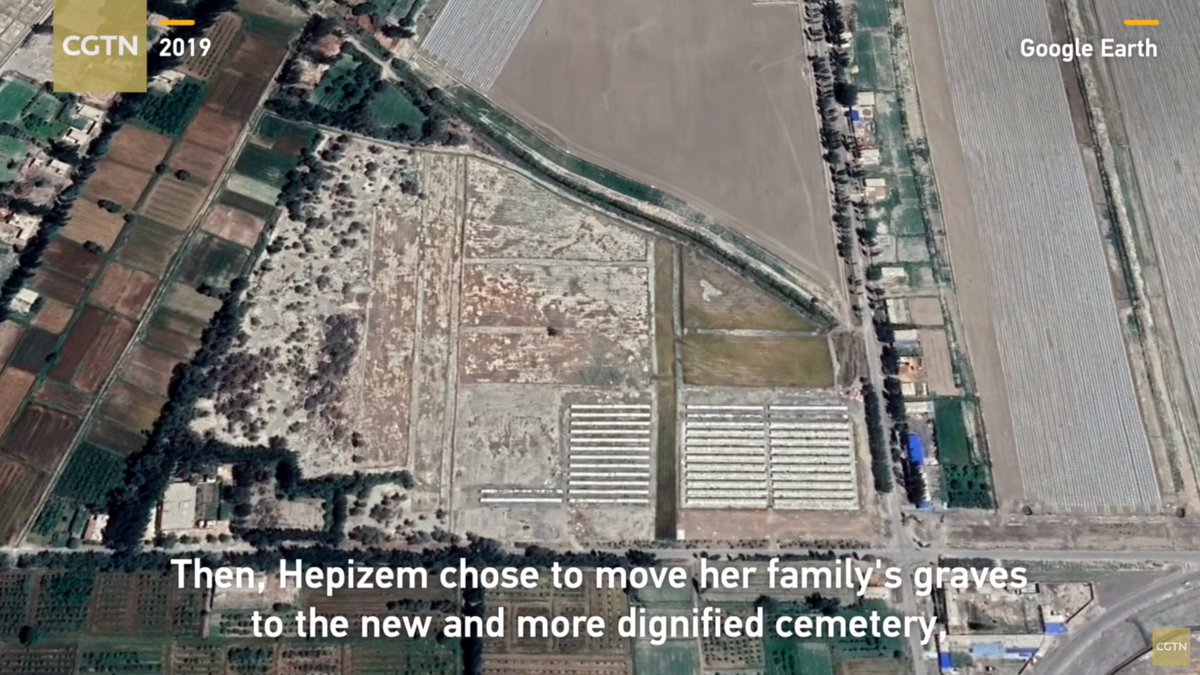 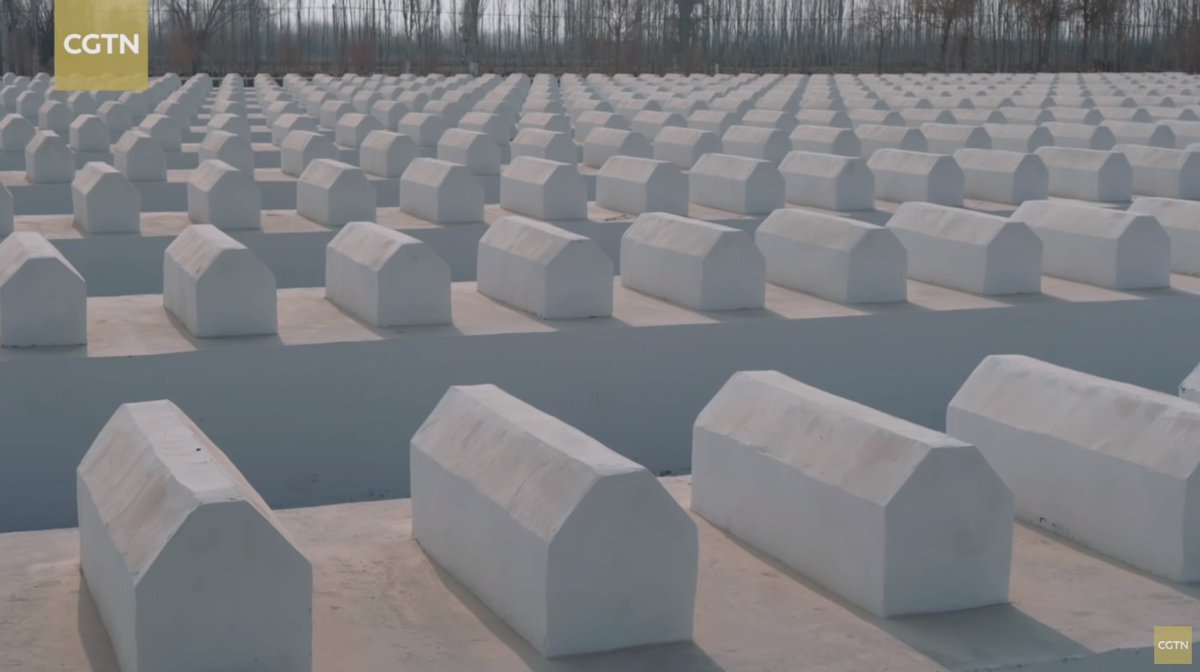 Wow, Chinese state propganda is confirming that traditional cemeteries are being bulldozed, bodies are being exhumed (which is generally against Islamic law), and unceremoneously dumped (without plaques or names) in state-sanctioned cemeteries.
https://www.youtube.com/watch?v=pXBIeKpUq_c

“But over time, by organizing, he learned he can change the Dem Party”. Yes he can.

In 1985, Bernie Sanders wrote: “Whether I run for governor or not is really not important. What would be a tragedy, however, is for people with a radical vision to fall into the pathetic camp of the intellectually bankrupt Democratic Party.” https://www.huffpost.com/entry/bernie-sanders-democratic-party-independent_n_5e21e4f8c5b632117612f412