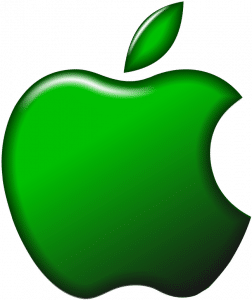 Over at bbum’s weblog-o-mat he has created a graph showing the relative market caps for the leading computer hardware companies. Over at SilliconValley.com, they point out,

And while Google-watchers go gaga over its soaring share price (see “A six-letter word for bubble? Try gasbag“), note that an investor who bought Apple on the same day Google stock debuted in 2004 would have, as of the close of market yesterday, made 40 percent more than if the same money had been put into the search sovereign’s shares.

Congratulation to Mr. Jobs and the entire Apple team on this truly amazing occasion!

One the best speeches I have ever read, heard, or viewed regarding life work and the importance of doing what you love. For the full text of the speech, click Continue reading below. Enjoy! This is the text of the Commencement address by Steve Jobs, CEO of Apple Computer and
Apple’s new operating system and its massive new feature set challenge users anddevelopers to explore new and better ways of working. I don’t think Leopard is a perfect 10, but the author, Tom Yager, opines that Leopard’s many new features and underlying capabilities allow Leopard to “stay
So I installed Leopard and have been playing around with several of the new features. One feature that is of particular interest to many of us that provide technical support for family and friends is the new “Desktop Sharing” capability. Here’s a clip from Apple’s guided tour http: